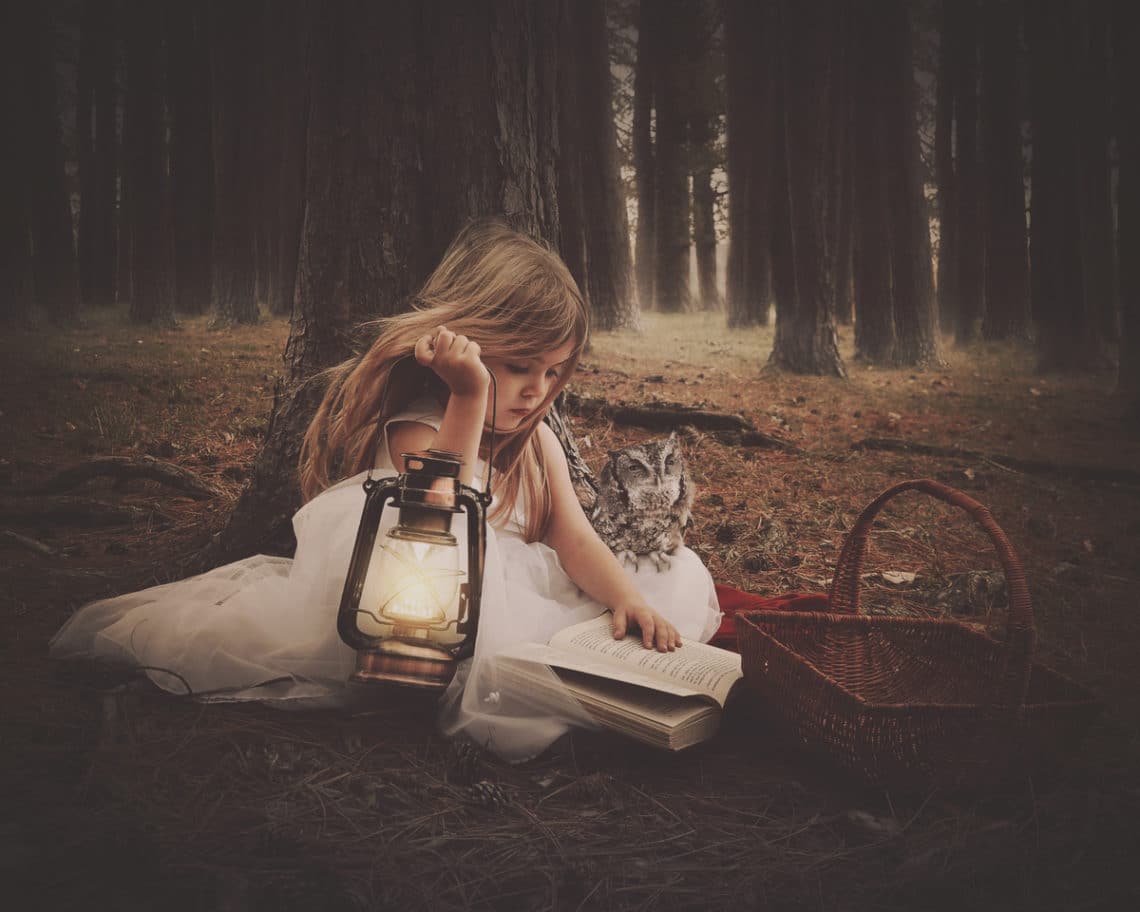 As a child I loved to lose myself in the imaginary worlds created by my favourite authors of children’s fiction. I didn’t need to travel anywhere. Just by picking up a book and reading, turning the pages one by one, I discovered exotic places and long-ago eras, And I found distinctive characters who had adventures, dilemmas and abilities I sometimes wished were my own.

No matter how new, how foreign or how outside my experience they might have been, these stories taught me true things that went deep into my bones and my soul. They shaped me for a life that was yet to happen.

And the power of words to play and experiment, to reveal what does not exist, to introduce imaginary friends and foes, and to give expression to things I didn’t know I knew, utterly captivated me. It produced in my young heart a love of words and literature that lives strong within me today.

Theodor Seuss Geisel, otherwise known as Dr Seuss, taught me to delight in language. He opened my mind to possibilities through play and experimentation with words and illustrations. He also helped me learn to read.

Through the anarchic and bizarre worlds of Green Eggs and Ham, The Cat in the Hat and other literary gems, I began to decipher and understand the black marks on the page. I revelled in the rhyme and rhythm of the words. I wondered at Sam I Am and his curious diet of green eggs and ham.

I was especially in awe of the Cat in the Hat and the mayhem he created. His nonchalance astounded me as he restored order just in the nick of time. And even though I read The Cat in the Hat many times, I always felt the tension and sheer relief at the end. And I loved that the kids somehow never completely lost their cool.

Hans Christian Andersen and The Emperor’s New Clothes taught me about the insanity of unbridled vanity, the power of the truth and the strange things that happen when the emperor is unclad! How I loved the fact that it was a small child who spoke the truth. All the adults knew it too, but they suppressed it for fear of appearing foolish, despite the evidence before their eyes—the emperor’s new clothes did not exist and he was indeed naked!

I learned that it’s not just the mature and powerful who are wise or recognise the truth. And it’s not only the young and powerless who can be foolish or lack strength of character.

If there was one character in fiction I cared most about, one whose progress I followed most keenly, it was Anne (with an ‘e’) Shirley. Created by Lucy Maud Montgomery, in some respects the Anne of Anne of Green Gables was nothing like me. She was an orphan whom nobody seemed to want, she lived in a country and era far removed from my own and had to cope with difficulties I would never experience.

But in other ways she was so much like me, albeit a far braver and less reserved child than I was. Somehow Anne’s zest for life, her escapades and disasters, taught me that while the consequences of making mistakes or doing the wrong thing can be painful and uncomfortable, they are seldom fatal. And they’re always instructive.

And through Anne I learned how important it is to be loved and accepted, and how transformative it is to know that you belong somewhere. That you have a place to call home. Through Marilla and Matthew Cuthbert, the sister and brother who took Anne in, I began to understand that other people have varied ways of expressing love. It’s still love—it just looks different.

Through three children’s classics—from Australia, the USA and the Netherlands—I discovered that bad, incomprehensible things happen in our world. And that even children die.

Initially this was a shocking discovery for me because my own childhood was not affected by such things, and it frightened me. But soon enough, through the news of the day, I was to discover that it was indeed true and it was real for other children like me.

Somehow, because I first encountered this difficult truth in the imaginary world of Seven Little Australians (Ethel Turner) and Little Women (Louisa May Alcott) it prepared me as a young teen, for the terrible reality of life in a broken world. It prepared me for the sadness and horror of The Diary of a Young Girl  by forever-young Anne Frank.

It was through the outrageous antics of Pippi Longstocking by Astrid Lindgren and Anne Shirley that I discovered that it’s okay to be different from others or do things differently to them. I began to see that it’s important to be yourself, even when others think you should be like them or do what they do.

So when I was older, Jo March from Little Women was another role model for me, especially because she dreamed of being a writer and struggled to make it a meaningful part of her life. She never gave up and neither did Pippi or Anne, and that gave me courage.

I was probably eleven when I first turned a page to a chapter entitled, The Principle of the Thing. I was reading Elizabeth Enright’s book And Then There Were Five, the third in a series about the Melendy family, set in mid-20th century rural USA.

The author’s story-telling charms had me hooked, so I read on eagerly, overcome with curiosity. What was the principle of the thing?

Imagine my astonishment as it dawned on me that she understood something I had experienced but lacked the words to express. She understood that sometimes, even in the most trivial of incidents, something important can be at stake—a principle.

With a keenly developed sense of justice myself, I understood instinctively that in some cases what matters more is not the actual outcome of events, but how just or unjust it is. It is the principle of the thing.

From Pippi and Anne, from the Melendy children, The Famous Five, Trixie Belden, Nancy Drew and The Hardy Boys, I learned that adventures are there to be had. You just need to go and find them.

And together, Julian, Dick, George, Anne, Trixie, Nancy, Frank and Joe introduced me to the thrill and challenge of solving mysteries. Like young readers everywhere, I loved that these children could find solutions when the adults couldn’t. They had adventures that stretched and even scared them, but that made them stronger and more determined.

And even though they lived in lands unknown to me, they were enough like me that I believed adventures were possible, that mysteries were never insurmountable, and dangers could be faced with the camaraderie and help of friends. Even four-legged ones.

The important thing about fiction is that it isn’t fact. The characters are imaginary and the narratives describe imaginary events. But even as a child I learned valuable lessons from the stories I read, because good fiction is still true.

Good fiction shows us what people are like or can be like, and what always happens or might happen in everyday life. These are all true things and we remember them because good fiction makes us care about the characters and their lives. And that’s its magic.

Jesus was a master of fiction, weaving together pithy parables that concealed indisputable and uncomfortable truths. Who can forget his stories about the good Samaritan or the prodigal son?

Like pebbles in a shoe, they disturb and provoke us because they too show us what people are like and what so often happens in this life. They draw us in and make us care about the ending.

But more than anything, these parables act as mirrors. They provide a true reflection of the state of our souls and in doing so they show us why we need Jesus.

We know we want to be the good Samaritan—the unlikely hero. But in our hearts we know that we fall far short of his example. And if we’re honest, we recognise ourselves in the willful, wayward son who needed to turn away from his old life and return to his loving father in humble repentance.

But thanks be to God—he uses fictitious stories for our good! When we believe and trust in the One who tells them, he transforms them from fiction to reality in our hearts.

When we depend on Jesus and follow his example, we learn to love as the Samaritan did, laying down our lives for others. When we put ourselves in the shoes of the prodigal son, we understand the outrageous grace-filled love of the Father, who forgives and embraces the child that returns to him.

Ultimately, when we ask for mercy and forgiveness, we receive the unfailing assurance of our Saviour that we will enjoy the ultimate happy ending in heaven with him. Because he gave his life for us. 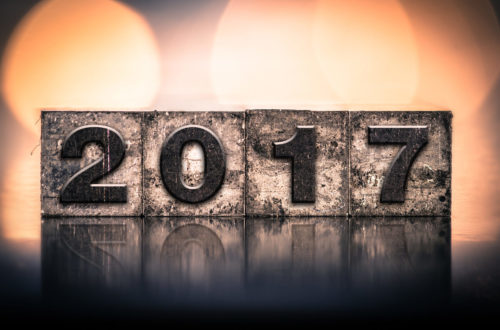 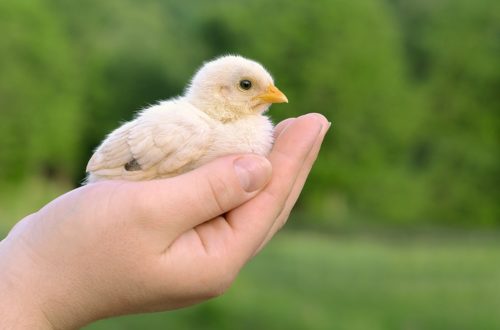 New things for a new-ish year 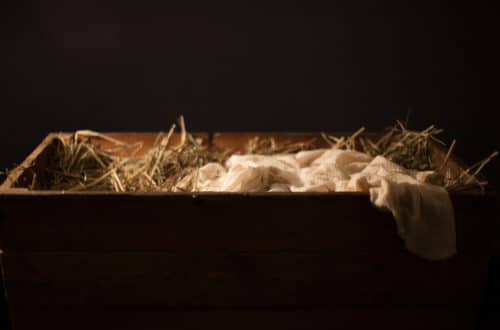