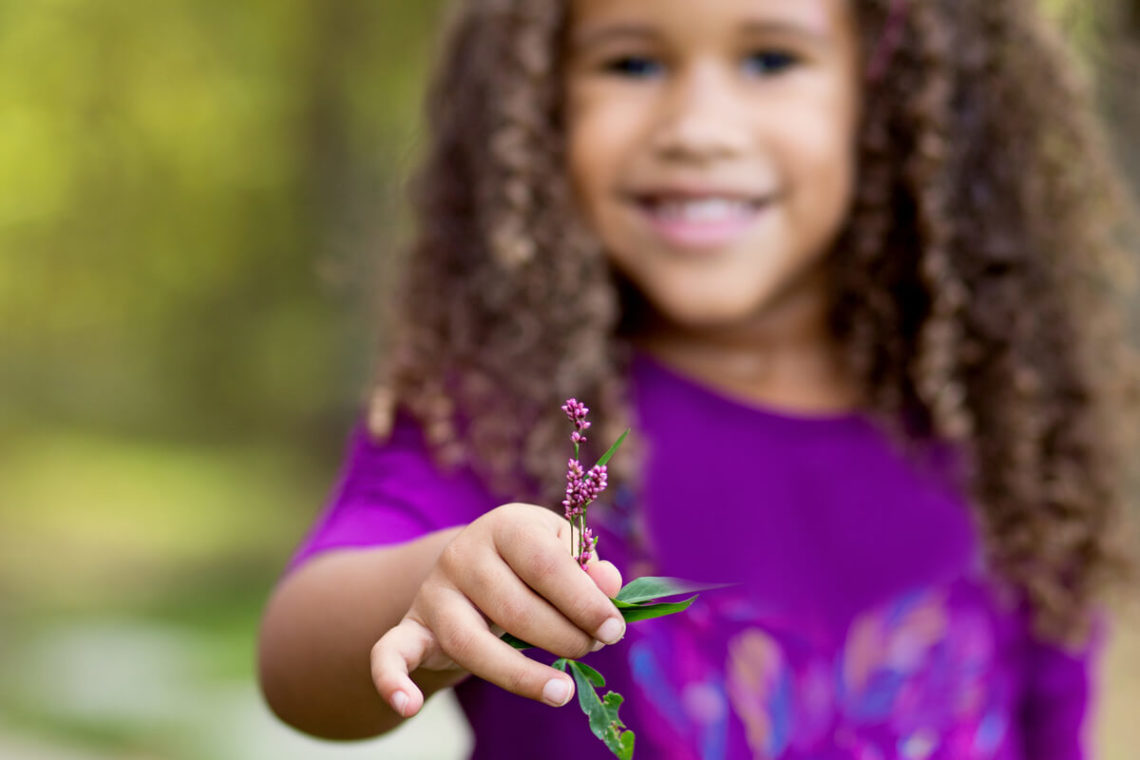 One day last week I was out walking in my neighbourhood enjoying the amiable sunshine and flirty breeze, when out of the corner of my eye (though why my eyes, which are not square, should have corners at all, I do not know) I glimpsed a spent camellia flower drop from its branch to the garden below.

It took one silent second for the faded magenta bloom to make its descent. No announcement, no warning, no fanfare. So if I had blinked or directed the corner of my eye in a different direction, I would have missed it completely. Would that have mattered?

At this time of the year on Sydney’s upper north shore, it’s common to see camellia bushes surrounded by a puddle of fallen flowers in varying states of decay. And yet I rarely witness any as they plummet to the ground.

How many other little things do I fail to notice because I’m not paying attention or I’m distracted and hurrying on to the next item in my list of small things? Buy that gift, sweep that floor, tidy that room, pull that weed, send that email, edit that sentence, pay that bill.

The other night I was so focused on what I needed to tell my son as he went out into the dark garden, that an opportunity to look deep into the eyes of a wild creature nearly passed me by. Ringtail possums might be small, but even large trees are good at tipping you off when they are aloft. As long as you’re observant.

There in the torchlight less than two metres away, soundless and still, its white-tipped tail unfurled, a ringtail clung to a branch, hardly daring to breathe. Just like a toddler who believes you won’t be able to see her if she covers her eyes, this one followed the logic of all ringtails. Freeze in position when discovered and you will become invisible.

After a while though, it cautiously turned its head away, pointing its tiny pink nose hopefully towards a higher branch. Undecided, wavering. Then, somewhere further up the tree we heard a hiss and swish of leaves. There was more than one! Wryly, my son remarked that soon enough they’d be thundering across the roof and keeping him awake.

In reality, it doesn’t matter that I almost missed a falling flower and some sneaky possums. Though they did enrich my life with a wisp of wonder and a dash of delight. And yet I’m convinced that some small things really do matter, both the ones I glimpse and the ones I see clearly.

Maybe you’ll relate to this—something that frustrates me. Whenever I’m in a crowded room I’m easily distracted by the movement and sounds of people around me. So it takes all my willpower and concentration to listen to others with un-diverted attention. I work hard at not being distracted because I don’t want my body language to communicate a lack of care.

I really don’t want to be that person. The one I’m sure you’ve met—the half-hearted listener with the wandering eyes, the furtive waves, the turning head, the shifting feet and the radiant smiles directed past your right ear. Who wants that kind of attention?

But last Sunday I was worse than that person. As I listened to a friend after church, my gaze drifted. My ears were still listening, but my eyes weren’t.

And then, I looked straight at another friend as she walked towards me, but I wasn’t even conscious that I had seen her. I didn’t smile. I didn’t wave. And it wasn’t until the next day that I realised what I’d done.

Ashamed and upset, I sent her a text message straight away, apologising and seeking forgiveness. Could we meet up for coffee and a chat? It had been too long anyway. It felt inadequate and lame to text rather than call, but it seemed like the best option since my friend does shift work.

As it turned out she was in the middle of a 12-hour shift, so it was a wise choice. And in God’s grace and kindness, this meagre attempt to show love to my friend gave me an opportunity to show more.

In a brief return text, she said she was feeling anxious about a difficult family situation. Would I pray for her?

It felt like a small thing. Shouldn’t I do something more to help her? But as I prayed, I knew it was the right thing.

Because although small things are exactly that—small—like tiny pebbles dropped into still water their effect can far outstrip their physical size. And where God is concerned, it seems that size is almost irrelevant.

Our Father in heaven can use anything, from the magnificent to the minuscule, from the impressive to the inconsequential. But so often he uses the things I might overlook or disregard or want to upsize—the little things. For just as he weaves a simple prayer into his mighty purposes, so our God delights to use small things in his momentous plan of salvation.

I only need to read the gospels to see this. Through Jesus, our Father God draws out the hidden potential in the smallest of seeds to show how he’s building his kingdom. He uses little fish and tiny loaves of bread to provide a feast for thousands.

He welcomes little ones into his presence—the young, the weak, the insignificant—humbling the proud and the powerful. He values the smallest of gifts over far grander ones, because he knows the heart that gives it.

But much more than that, our great God sent his Son as a human baby, to be the Saviour of this broken world. Even when hardly anyone noticed or seemed to care.

A host of angels announced this baby’s birth and his significance, but only a handful of nobodies in a sheep paddock witnessed it and went to find him. A bright star glimmered in the night sky for all to see, signalling his arrival, but only a few far-flung foreigners paid any attention.

This baby was the king whom prophets foretold and God’s people awaited with longing. And yet he was born in an animal shed and slept in a feed trough, his parents too young and too poor to be given a second glance.

And later, when he was presented at the temple only two elderly people recognised who he was. Because they’d been expecting him.

You see, the Bible affirms what I know in my heart is true—that our Father in heaven really does use little things. So I trusted him to work through a simple prayer for my friend. And he did.

She texted back later to say that although the family challenges remained, the anxiety she felt had been replaced with the peace that passes all understanding. The peace that guards our hearts and minds in Christ Jesus (Phil 4:7).

I can be sure that our Father in heaven uses small things—insignificant, unimportant, shabby, worthless things. It’s all the same to him.

He uses them to surprise and delight me, to confound my small-minded ways, to expand my limited vision and to rescue me from my self-centred heart.

I can be sure that he uses small things, because my Father in heaven also uses me.

Brothers and sisters, think of what you were when you were called. Not many of you were wise by human standards; not many were influential; not many were of noble birth. But God chose the foolish things of the world to shame the wise; God chose the weak things of the world to shame the strong. God chose the lowly things of this world and the despised things—and the things that are not—to nullify the things that are, so that no one may boast before him. It is because of him that you are in Christ Jesus, who has become for us wisdom from God—that is, our righteousness, holiness and redemption (1 Cor 1:26-30). 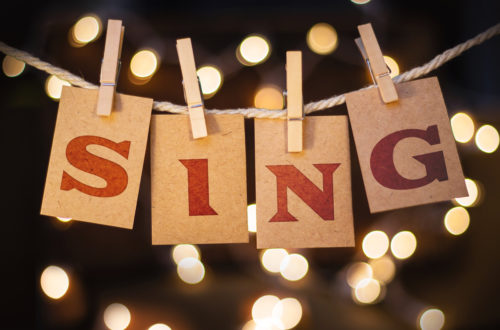 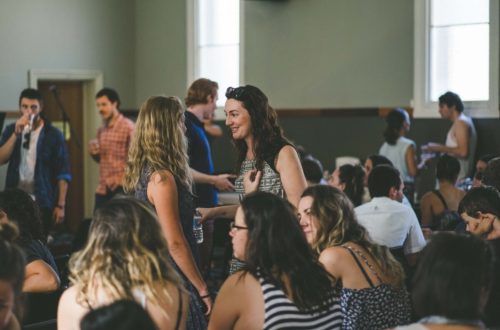 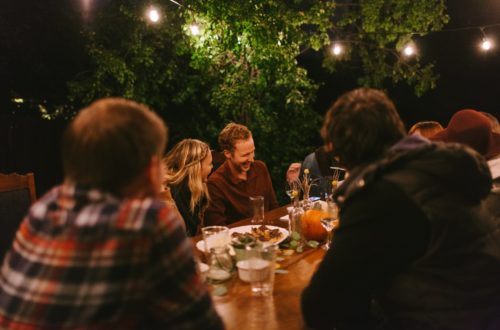