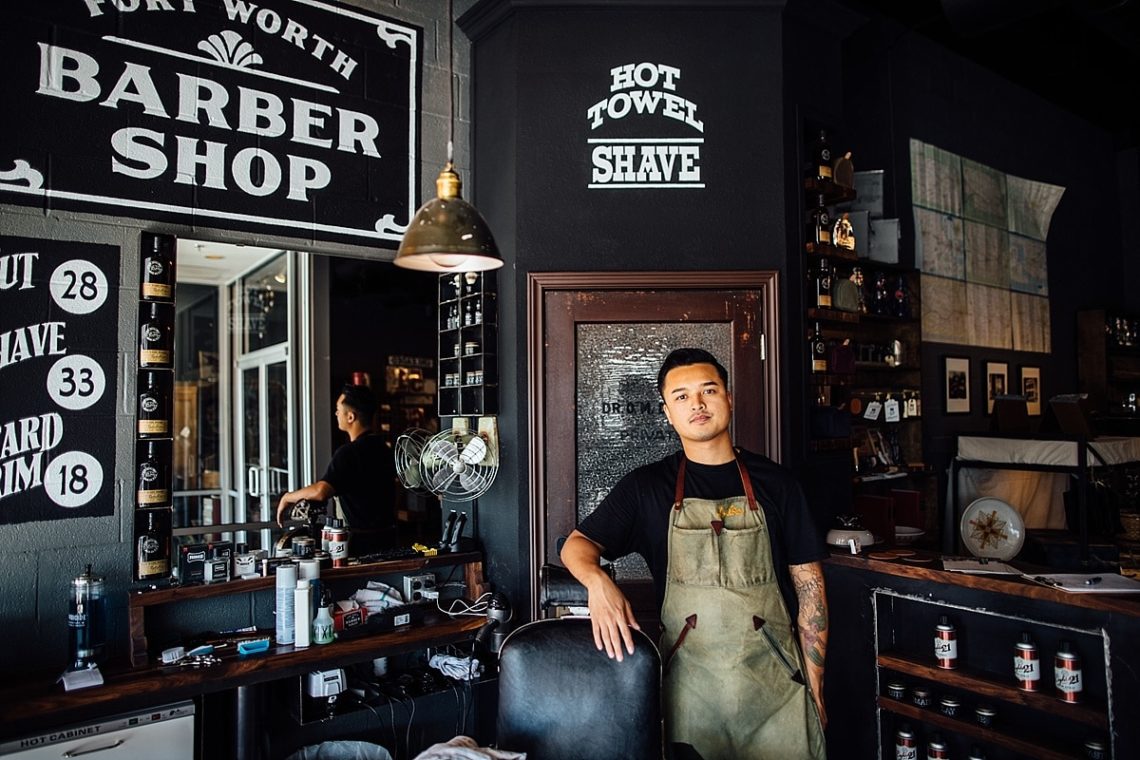 This is the second part of a long-form post. You can find the first part HERE.

In Part One of this post, I began with an old mahogany bench and an old-style stapler—one old thing and one old-style thing. I wanted to explore what I could learn from them.

I know they’re only things, but it’s what they represent and communicate that makes them so interesting. And the longer I’ve thought about them, the more I’ve discovered.

For a start, I’ve learned to appreciate each old thing for its part in the long story of human endeavour and enterprise. Each one is a marker in time, a step of progress, an invention of necessity, or an expression of creativity from a previous era.

My old mahogany bench not only bears the marks of age and use, it also reflects the character and craftsmanship of the one who created this shapely practical thing. And the old-style steel stapler pays homage to old ways. It celebrates a long-gone era and a quality of workmanship that are in danger of being lost or forgotten.

I wonder if old things might slow me down, perhaps just a little bit. I wonder if they could persuade me to pay attention to a moment in time, to savour an experience or even to do one thing at a time. What a novel idea.

Well, they certainly got me thinking about my old film camera. Whenever I put it to use, I had to focus both my brain and the camera, taking extra care to get each shot right. Back then, my photos were more carefully composed and I snapped far fewer than I do now with my digital devices.

That’s because the old technology demanded greater concentration, skill and patience. And besides, the film had to be processed (an additional cost) before I could view the results.

So, I’ve tried to imagine going back to using my film camera today, wondering if it would change anything. Perhaps it might encourage me to linger a little longer in one place.

Perhaps it might persuade me to enjoy a place for its own sake, for the experience of being there, rather than just peering at it through my digital viewfinder, capturing it with a few clicks and moving on. It might even make me more intentional and considered. Film processing is so much more expensive now.

When it comes to old-style things though, I don’t have to imagine. After moving to my current home, I discovered how well mid-century modern furniture fits into its smaller-scale spaces. These old pieces are still remarkably sturdy. But their modest slender shapes take up less physical and visual space than contemporary furniture.

High prices for genuine vintage pieces soon sent me off in search of old-style substitutes. I found plenty of cheap and flimsy ones, but only the best reproductions had the same honest qualities as the robust originals.

And I’ve noticed that even if mid-century modern is not to someone’s taste, the old-style replicas still catch their attention, slowing them down to admire the choice timbers or run a hand over their beautiful lines. The elegance and quality of this furniture seems to appeal to something deep inside, something that responds to beauty and excellence.

Several weeks ago I found myself at an exhibition in the Art Gallery of New South Wales, utterly mesmerised by old Dutch masterpieces from the 17th century—from Rembrandt, Vermeer and others. These artworks are considered national treasures of the Netherlands.

So, imagine one of these exquisite old paintings, cherished and stored with care for centuries. Or picture a massive stone monument like one of the Great Pyramids of Egypt, built to last for millennia.

We might long for these old things to endure and not disintegrate. In fact, nations often do everything possible to preserve them.

But inevitably, the older they get, the fewer old things survive intact. That’s why they’re so valuable to us.

Ultimately, there is nothing that can prevent these old things from ageing. Everything in this world ages and deteriorates over time. Everything is subject to decay or destruction.

And what about the old-style barber joints popping up in cities these days? Maybe you’ve seen them. They hark back to the days when capacious chrome and vinyl chairs, rich wood panelling, and black and white checkerboard tiles were all the rage, and they add a real sense of occasion to getting a haircut.

Today they’re enjoyed by men and boys of all ages, but especially by the hip-est of young hipsters with their pomaded hair, plaid shirts and trim beards. And yet the truth is, nostalgia for a bygone era cannot turn back the clock.

While we might long for the simpler, slower days of yesteryear and even replicate old ways and old styles, inexorably the hands on every dial keep moving and the numerals on every digital device keep ticking over. And those trendy hipsters in those slick salons still belong, irreversibly, to the 21st century. After all, they still answer the same insistent smartphones as anyone else.

It’s at this fundamental level that old things and old-style things have been reminding me of true things about the world and our earthly lives, and about you and me. With their amazing durability and priceless value, their uncomplicated purpose and authentic workmanship, there’s something essentially honest and real about so many old and old-style things.

They can certainly get under my skin. And I’ve wondered if, by their very nature, they might coax you and me to be honest about the ageing process and to confront the reality of our mortality.

Could they persuade us to remember that even as inhabitants of time we can never divert time from its unwavering course?

Time and the curse

The process of decay, human mortality and the relentless passage of time are inescapable truths that have governed life on earth since the beginning of time, since Adam and Eve. Our human ancestors rebelled against their Creator and, as punishment, God pronounced a curse on them and on the whole of creation.

Decay and death invaded this world and life became a struggle against disorder, degradation and destruction. Time became our unyielding enemy, even though God had created it as part of his very good creation.

You and I now live in the tension between God’s curse and his good purposes in creation. He created us to live with him on earth in uninterrupted and joyful communion. He created the earth with seasons, days and time, and he blessed us with the privilege and responsibility to care for the earth. And it was all very good.

But because of human sin even the earth was cursed. No longer was it all very good. The truth is, humans were not created to struggle, age and die, or to be separated from God.

But through God’s curse, work became frustrating toil, every relationship was fractured and human life became finite. Decay and death ruled over us, and time was no longer on our side.

You and I could do everything in our power to insure against decay and death. We could try to slow the progress of decay, to delay death. We might even go so far as to try to prevent them from succeeding at all.

But you and I both know we can never thwart them. We know we’re subject to time, decay and death, and that they will always prevail against us, apart from God.

Apart from God! These three vital words actually make all the difference in the world. For in his great mercy and love, God has made a way through his beloved Son, Jesus, to bring us back to him so that we would no longer be apart from him (John 3:16-18).

This is the good news, the best news ever for anyone who puts their trust in Jesus. His sacrificial death on the cross brings forgiveness and restored relationship with God. His resurrection brings the unshakeable promise of life with God in eternity.

This side of heaven the wages of sin is still death and not one of us is exempt (Rom 6:23). Even when we follow Jesus, we still sin, we still live with decay and frustration, and we are still mortal.

But through Jesus, we have victory over sin and death; because of Jesus, the curse will one day be no more. Death has already lost its sting and power (1 Cor 15:55-56), and on the day Jesus returns in glory, we will rise immortal, to be with him forever.

You know, I’ll never be able to look at my old mahogany bench again without remembering the life-giving gift of transformation to all who trust in Jesus. Like him and all believers, the old bench bears the marks of life in a world of trouble, decay, pain and death. I hope it will continue to remind me to keep trusting in Christ Jesus, my Saviour.

But will the old bench be there in the new heavens and the new earth? Will it be restored to newness and made perfect to be in God’s presence forever?

I suspect not, but I’d like to think so anyway! 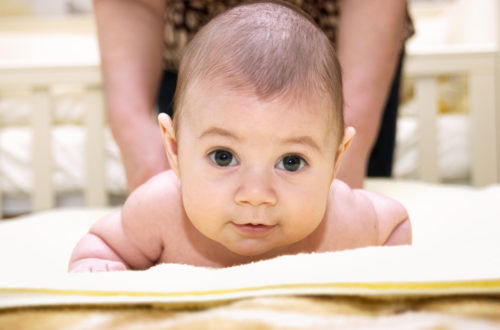 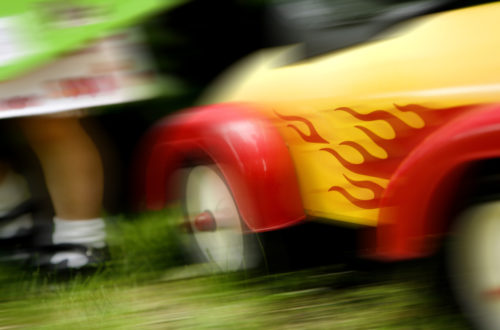